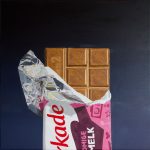 The first color layer for the Verkade chocolate is finaly finished. The tinfoil was tough to paint. It felt like I was making an abstract painting… The tinfoil on the Douwe Egberts coffee was just as tough as the one on the chocolate. These two paintings have to dry for a while before I can
Read More 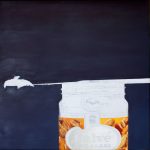 I always love to work on a new painting. Covering all that white canvas, I love it! It’s funny that you see things you never seen before because it is just peanut butter. When you make a photorealistic painting you study each inch of the jar. I’m quite happy with the start of this layer.
Read More 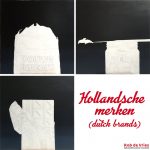 Recently I’m thinking about a new series of paintings. Dutch Brands. The paintings are going to be on a size of 60 x 60 cm. And as usual the subjects will be shown close-up and trimmed. All the brands have to  have some things in common: • I have to remember from my youth, because
Read More 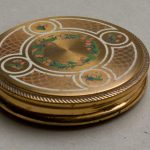 I started on this painting in June 2015. After I got in possession of all the photo albums from my mother. I’ve put it aside for a while and made the second painting in this series first, “Rita & Mien in Limburg, 1959”. There is something missing here so I decided to add some props
Read More 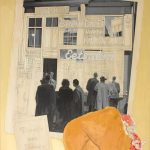 I’ve been very busy lately with a lot of assignments. They are (almost) all finished and delivered so I finally have time for my own work. I continued working on my “Nostalgic Amsterdam #2, Broodje van Kootje, 1953. I’m still working on the first layer and couldn’t resist painting the bun as soon as the
Read More

The drawing is finished and covered with a thin layer of Gesso with a little bit of raw umber. I like to have some color instead of a white canvas. I started painting in top left corner, there are so many details and everything is interesting…
Read More

Last week I started on the second painting in the “Nostalgic Amsterdam” series. The drawing is finally finished, I spent more than 10 hours so far. This is the most detailed painting I made until now. Nostalgic Amsterdam no. 2 “Broodje van Kootje, Leidseplein 1953”. Oil on canvas, 80 x 60 cm.
Read More

When I came into the possession of the Family photo albums I’ve made some paintings in the “From the family album” series. Up to now, I only finished one. Matthijs Stam from Gallery Stam was very excited about and wanted the painting in the gallery. But unfortunately, for him, it was already sold before it
Read More

Recently I got in possession of all the photo albums from my mother. There are some real nice photo’s from the fifties and sixties in there. I started with a small series of paintings, about 3 or 4 with oil on canvas, 60 x 80 cm. This is the second one in the series, “Rita
Read More

Translate in your language 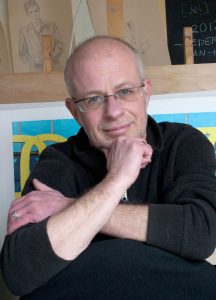